The Giants of the Congress 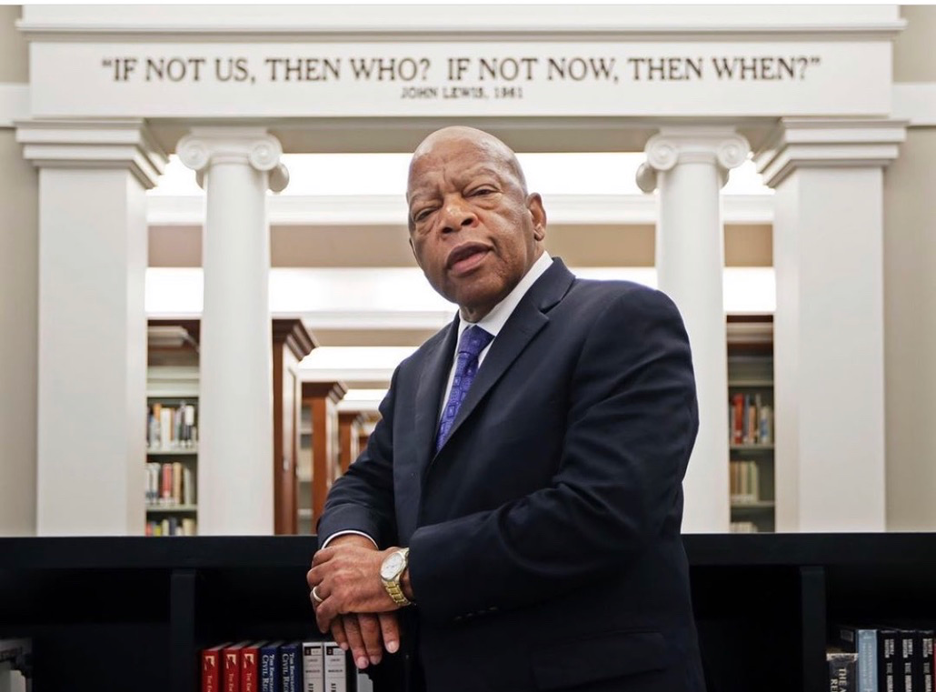 In the words of Dr. Martin Luther King, we’ve lost a true “drum major for justice.”

When did you meet John Lewis? Do you remember…?

These are the questions we have asked each other.

I arrived in Washington after the 2002 election. I had the honor of working for a Freshman Member of Congress, Former Congressman Lincoln Davis.

Working in Congress in the early 2000s was truly a privilege. Even as staff, we worked amongst the giants in Congress.

And so many others.

I remember the first time I walked down the hall in the Rayburn House Office Building and saw Congressman Lewis walking toward me.

I froze in my tracks. Mouth wide open. Watching in awe as he walked by.

When you are in your 20s, you never think about meeting the people you’ve only heard or read about. At least I didn’t.

The memories are too numerous to recount. I’ve remembered two particular memories over the past few days.

In 2007, I served as the Legislative Director for Congressman Jim Cooper, who represents Tennessee’s Fifth Congressional District, which includes Nashville.

Back in 2007, Historically Black Colleges and Universities (HBCUs) were running out of funding. Some HBCUs were in danger of closing their doors permanently.

The imminent danger facing these storied institutions was clear, and Congressman Cooper committed to acting on their behalf.

Congressman Cooper partnered with Congressman James Clyburn of South Carolina, who is currently the House Majority Whip. The two Congressmen led the charge on behalf of HBCUs across the nation.

Believe it or not, it was a tough fight.

On July 18, 2007, Congressman Cooper and Congressman Clyburn offered an amendment on the House floor to include the necessary funding in the annual Labor, Health and Human Services, and Education appropriations legislation.

We faced unanticipated resistance from Members who shall remain nameless.

As we sought support from Members, Congressman Lewis was steadfast and unwavering in his support of our efforts, when others who also represented or were alumni of HBCUs were not so supportive.

His character and commitment were on full display.

And let’s be honest, once we knew Congressman Lewis was on our side, we knew others would follow his lead.

Of course, for every story of triumphant, there is a story of embarrassment.

I left Congressman Cooper’s office in 2008 and started the Washington Office for Dunkin’ Brands, the corporate parent, and franchisor of Dunkin’ Donuts and Baskin-Robbins restaurants.

Soon after I started at Dunkin, one of my first official meetings was with Congressman Lewis and his Chief of Staff Michael Collins.

I met Congressman Lewis and Michael outside of the Rayburn Building.

As they drove up, I had my speech ready to go. As soon as I mentioned Dunkin’, Congressman Lewis stopped me. He knew all about Dunkin’.

He informed me there was a Dunkin’ Donuts across the street from his district office in Atlanta.

I must have looked embarrassed that I did not know.

I clearly didn’t do enough homework before the meeting.

He flashed his famous smile and put me at ease. We enjoyed laughs and a good conversation thereafter.

A lot of people have memories of Congressman Lewis. I have many as well, but these two memories about his character have made me smile despite our heavy hearts over his loss.

We were blessed to work amongst the giants of our time.

May all of us celebrate his life, mourn his loss, and accept his challenge in his own words: