The Winners & Losers of the First Presidential Debate 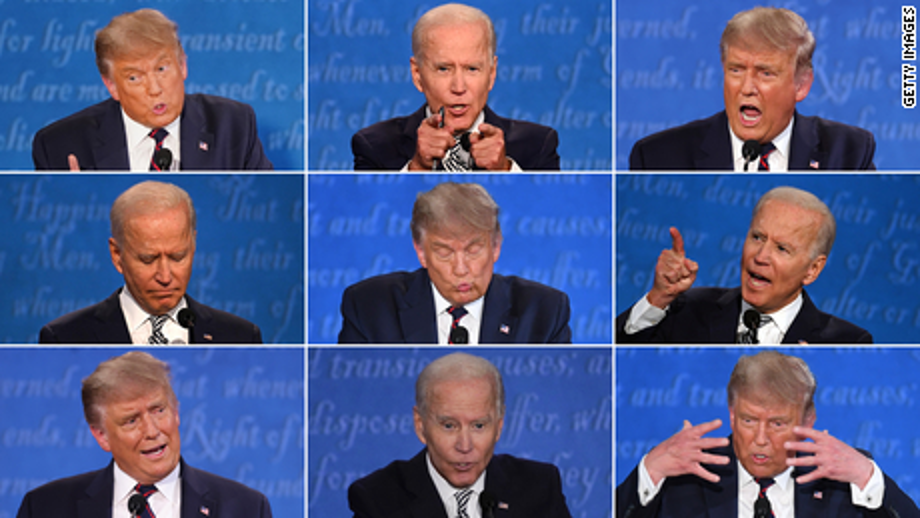 What did you think?

In the days leading up Tuesday’s debate, estimates were this would be the most watched Presidential Debate in American history.

In 2016, 84 million Americans watched the first debate between Donald Trump and Hillary Clinton.

Most thought this first debate of 2020 would exceed 2016 numbers. It came close. According to Nielsen, 73 million Americans watched the debate between President Trump and Former Vice President Joe Biden.

I am not sure the actual event lived up to the hype. Or maybe it did. Americans reacted to the debate with varying descriptions:

“Turn off the mics”

I was surprised, and then again, I wasn’t surprised. Sort of sums up my entire view of 2020.

This debate was entirely consistent with everything we have seen this year.

That is why I chose the following winners and losers of the debate:

Wondering why I chose the American people as winners?

President Trump and Former Vice President couldn’t be more opposite: in approach, tone, policies, temperament, governing styles, etc. I could go on and on, but you get my point.

If you support President Trump, then more than likely you think President Trump did a great job on Tuesday. I think I heard someone on Fox News say the President demonstrated he is a fighter.

What we saw on Tuesday was entirely consistent with President Trump’s debate performance in 2016. He’s aggressive, ignore the rules, interrupts, and has one-liners ready to go.

Again, Former Vice President Biden’s debate performance was entirely in line with the way he conducted himself in the Democratic debates earlier this year. With one exception, he didn’t tell any of his Democratic opponents to shut up.

My point is this debate didn’t change your mind.

If anything, it reaffirmed who you are voting and why.

For the poor souls who STILL consider themselves undecided voters – whoever you are – how in the world are you still undecided?

The American people have a choice. The debate reaffirmed why that choice is so important.

Okay, now you are likely wondering how can the American people classify as both winners and losers?

Look at it this way.

The American people won in that the debate demonstrated two candidates who couldn’t be more opposite if they tried.

Brett Baier on Fox News thought “if America maybe lost on the substance at the heart of the issues.”

According to The Commission on Presidential Debates, the topics for the first debate were:

Think about it – can you name one substantive policy exchange on these topics that occurred on Tuesday night?

Was there a policy position mentioned that may have changed your mind or made you question your choice?

Maybe, but I doubt it.

Whether you are a Republican or Democrat, the American people want to hear the exchange of ideas, policy agendas, and disagreements on policy.

I’d venture to say that more substantiative debate took place in 2016 than what we heard this week.

In the wake of Tuesday’s debate, The Commission on Presidential Debates said it would issue new rules for the next debate including turning off a candidate’s microphone if they fail to abide by the rules.

The next Presidential Debate is scheduled for October 15.