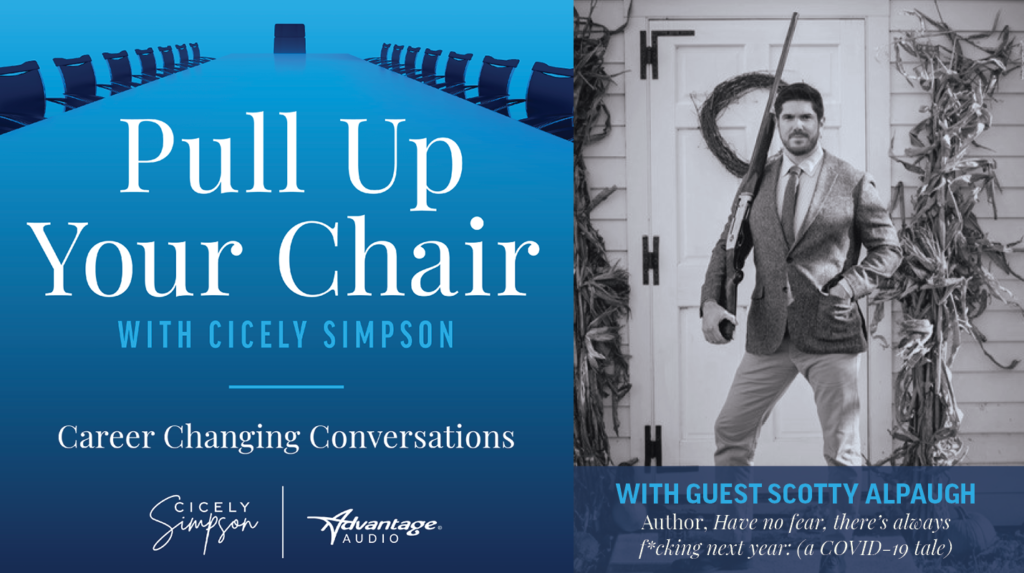 Cicely wraps up her conversation with Scotty Alpaugh, the author of the book “Have no fear, there’s always F-ing next year: (a COVID-19 tale)”. In part two, Scotty shares the importance of perspective, if he reads the reviews of his book on Amazon, and why everyone should watch Ted Lasso.

Scotty Alpaugh:
Scott “Scotty” Alpaugh is an executive at one of the world’s largest wealth managers and has worked in the financial industry for over 11 years. He is a United States Military Academy graduate and served in the Army’s 3rd Infantry Division for three years before he was hurt while on a combat tour in Baghdad, Iraq in late 2005. Scott was subsequently awarded the Army’s Bronze Star. In addition, Scott completed his MBA at Fordham University and is a cancer survivor. He lives with his wife and three children in central New Jersey. This is Scott’s first foray into writing, but not the first time he has used humor to get him through challenging time