Both Ends of Pennsylvania Avenue Are Tackling the Pandemic 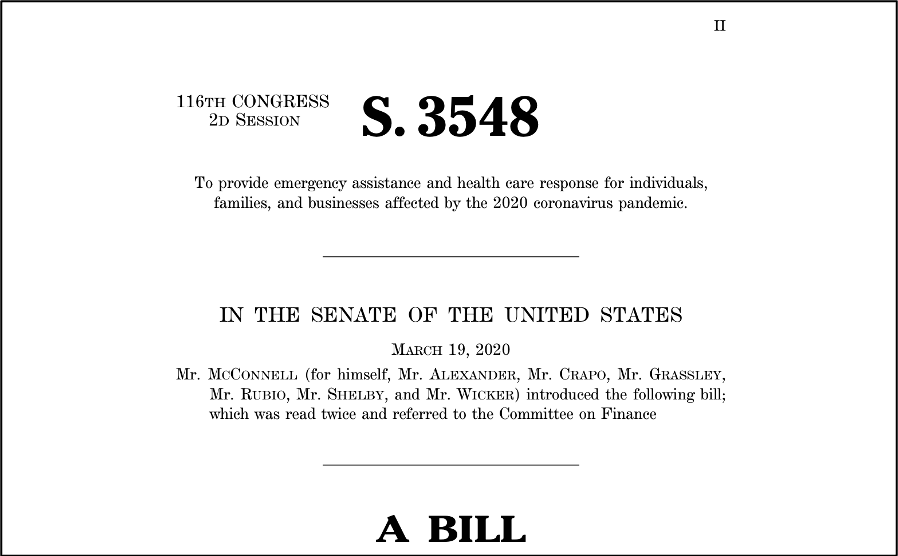 Was it yesterday that I wrote about Congress negotiating and passing legislation in record time?

Did I say what usually takes weeks and months is now being done in a matter of days?

The new legislation is titled the “Coronavirus Aid, Relief, and Economic Security Act’’ or the ‘‘CARES Act’’.

Before I get into the details, let’s level set where we are with the multiple pieces of legislation addressing the pandemic:

It is important to note that Senate Leader McConnell released this bill without consulting with Minority Leader Schumer/Senate Democrats or Speaker Pelosi/House Democrats. These provisions will change as Senate Republicans have indicated some of the income thresholds and unemployment insurance thresholds are low because they know Democrats will want to increase both of these levels.

It remains to be seen whether negotiations with Democrats will yield any changes to this draft bill.

One nugget of good news: the draft bill proposes to push the tax filing deadline to July 15 for everyone.

Highlights of the Leader’s remarks are as follows:

Since today’s bill was introduced without input from Senate Democrats, this bill is a start to the negotiations on COVID-3, The CARES Act.