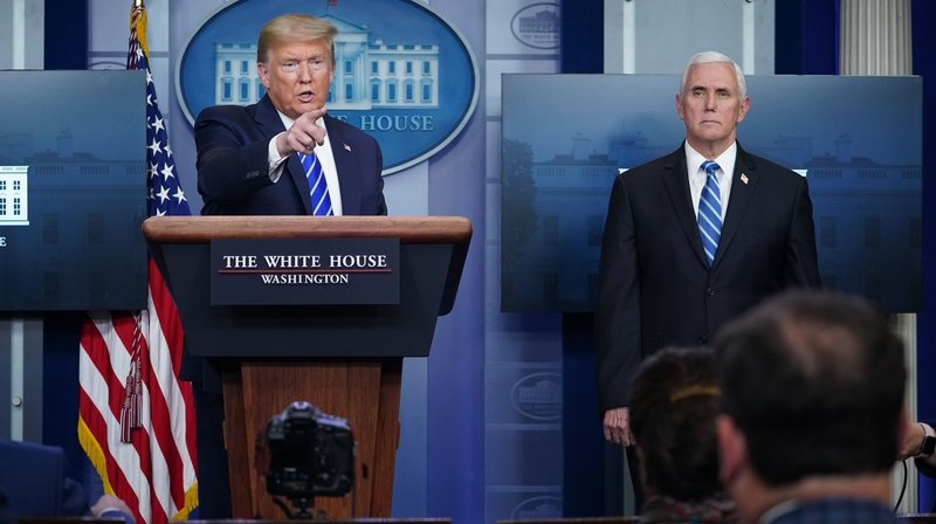 There are multiple reports that tension exists between President Trump and Dr. Fauci’s blunt approach and contradiction of the President’s statements during the press briefings.

Dr. Fauci gave an interview over the weekend stating, “The next time they sit down with him and talk about what he’s going to say, they will say, ‘By the way, Mr. President, be careful about this and don’t say that.’,” Fauci said. “But I can’t jump in front of the microphone and push him down. OK, he said it. Let’s try and get it corrected for the next time.”

The President also used his remarks today and the Q&A portion to expand on a tweet he sent last night that the “cure should not be worse than the problem”.

The President wants to return to normal and lift current restrictions when the 15-day guidelines end next week.

Public health officials including Dr. Fauci are pushing back against the President’s desire to lift the current restrictions and “open for business again”.

The question and answer session began with a question to President Trump about the Surgeon General’s statements that the numbers are going to get worse. President Trump responded that he agrees the numbers will get much worse, but “we will open our country up to do business. Parts of the country with small numbers (NE, ID, IA, and other states) handling the virus very well and not impacted to extent of NY need to open and get businesses and people back to work.” Dr. Birx injected that our response may have to be tailored to geographic data and even age population to see if mitigation measures are working. She explained that we are doing projections for both areas with less impact and areas with greatest impact. She said we must identify the virus where it is, where is going, and what predictions we can make about the curve before we will know if we can reduce current guidelines. President Trump reiterated via tweet and again during the press conference that the “cure should not be worse than the problem”. He said he is not looking at months at all – no longer sticking to his timeframe of June or July. He will reopen the country in weeks not month while also watching hot spots and vulnerable populations such as senior citizens. He stated that “we have to do both.  Governors will have tremendous leeway for how to operate their state when we get the country back to work.”