2020 Keeps Getting Worse: An Incalculable Loss and Supreme Court Confirmation Battle in an Election Year 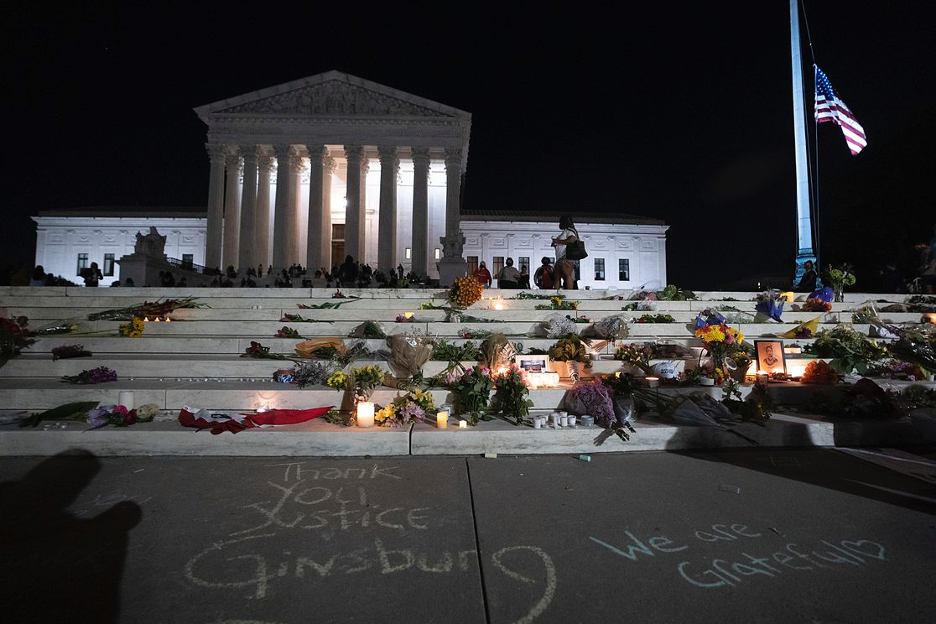 It’s hard to know where to begin with this one.

My heart breaks for the families of the over 200,000 Americans are dead from COVID-19.

Our politics is a mess, and our country is deeply divided.

Congress is already struggling to maintain any sense of decorum to get work done on behalf of the American people. Just look at the lack of additional help for Americans who continue to suffer the impact of the pandemic as the prime example.

To add insult to injury – we mourn the loss of Justice Ginsburg and her incalculable impact and legacy on this country.

Looking at her last words dictated to her granddaughter as reported by numerous new outlets, “My most fervent wish is that I will not be replaced until a new president is installed”, it appears as though she knew the consequences of her death would be a Supreme Court nomination battle within 45 days of an election.

And the potential of a historic third Supreme Court nominee for President Trump.

(Check out my blog post and primer on the Supreme Court Nomination process).

Before we get into the political implications of a Supreme Court fight this close to an election, I want to remind you that this blog is an insider’s point of view about what is happening in Washington. I work with both sides of the aisle – both sides are right sometimes and both sides are wrong sometimes. I call ball and strikes as I see them.

The President nominates individuals to serve as Justices on the Supreme Court, and the Senate’s role of “advice and consent” confirms Supreme Court nominees.

At that time, Senate Leader Mitch McConnell (R-KY) announced the Senate would not consider Merrick Garland’s nomination meaning the Senate would not move forward on the nomination. Leader McConnell cited the nomination being too close to the election as his rationale for not moving forward. Senate Republicans, led by Leader McConnell, insisted a Justice should be appointed by whoever would be elected President in November 2016.

Are you with me? Senate Republicans insisted a nomination in March 2016 was too close to the November election to consider a new Justice.

Leader McConnell and Senate Republicans say their change in position is consistent with history, and back in 2016, their decision was different than what we are hearing now because the White House and Senate were controlled by different parties. The Leader stated that no Senate has confirmed an opposite-party president’s Supreme Court nominee in a presidential election year since the 1880s.

The tapes of what was said then and what is being said now are on auto replay on all new stations and cable TV. There are videos documenting the remarks in 2016 by numerous Senate Republicans including remarks by: Leader McConnell, Senate Judiciary Chairman Lindsey Graham (the Senate Judiciary Committee leads the nomination process), Joni Ernst, Ted Cruz, Chuck Grassley, and many more.

Is it actually possible to nominate and confirm a new Justice before the Election?

Justice John Paul Stevens was confirmed within 19 days in 1975, and Justice Ruth Ginsburg’s confirmation was completed in 42 days.

President Trump is expected to nominate a new Justice on Saturday, two days from now. The President’s list of potential nominees.

If the past is prologue, then it is certainly possible for Senate Republicans to confirm the new nominee before November 3rd.

Here’s where the epic political battle on Capitol Hill begins.

There are 53 Republicans in the Senate compared to 47 Democrats. In order to stop the nomination, four Republican Senators would have to break rank from their colleagues.

To date, Senator Lisa Murkowski (R-AK) and Senator Susan Collins (R-ME) say they will not vote to move forward before the election.

Unless two more Senators vote no, then 51 votes are enough to confirm the nominee. In short, Leader McConnell has enough Republican votes to move forward.

The 47 Senate Democrats have few procedural options to stop their Republican colleagues from moving forward.

Over the past couple of days, some have suggested that Senate Democrats should block the government funding bill to demonstrate their opposition to the nomination.

Blocking the funding bill from passing means the government would shut down next week on September 30. Shutting down the government is not a good idea under any circumstance but especially not in the middle of a pandemic.

Others have suggested other procedural moves that Democrats can take.

Bottomline is that Senate Democrats don’t have enough votes to stop the nomination process.

So where is the epic battle you might ask?

The battle is at the ballot box.

Part of the political calculation (for which Leader McConnell is masterful) is to rush to confirm a nominee before the election in case Republicans lose control of the Senate.

What if Joe Biden wins the election and Republicans lose the Senate? Then I think Leader McConnell pushes through the nomination in a lame duck session of Congress after the election but before Democrats officially take control in January.

The problem with this second calculation is it assumes additional Republicans would not change their minds about confirmation if Joe Biden wins the election. That is a big IF.

Knowing the Court is at stake, Democrats raised over $90 million in the 28 hours following Justice Ginsburg’s death with $6 million being raised Friday night as the news hit the country. Democrats broke fundraising records and continuing doing so in the days that have followed.

Democrats are energized. Actually, I am not sure it is just Democrats. I’d venture to say Democrats, Republicans, and Independents know what is at stake at the Court.

Let’s be clear – the Court is typically a top issue for Republicans when voting. Democrats are not known for voting the Court.

Now that has changed.

It is not just abortion rights and Roe v. Wadge which is cited often as being at stake.

Justice Ginsburg’s 27 years on the Court impacted so much more:

This election has been called the most consequential in modern American history. The death of Justice Ruth Bader Ginsburg raises the stakes even higher.