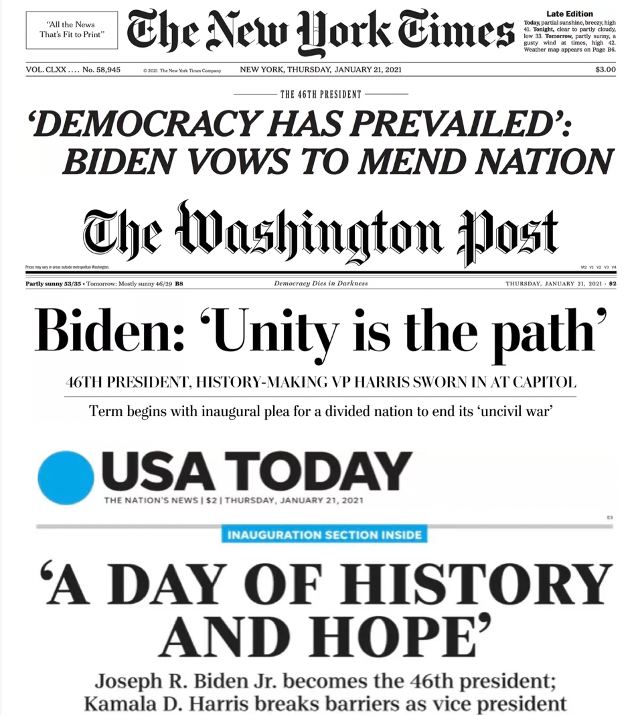 2020 was historic for all of the wrong reasons.

As a nation, we collectively held our breathe and hoped 2021 would be better.

The first three Wednesdays of this new year will hold their own place in history.

All of the scenes we watch on TV of foreign citizens trying to overthrow their governments actually happened here in America.

Two weeks later, we are still learning the extent of the collective damage to our democracy.

An Inauguration was held under the threat of more domestic violence and extremism.

Members of Congress are questioning and investigating the role their colleagues played in the insurrection.

In the week since January 6, we are still learning the depths and breadths of the insurrectionists and seditionists who tried to overthrow our government.

On this Wednesday, the second Wednesday of 2021, President Donald J. Trump was impeached by the United States of Representatives for inciting the violence and insurrection that threatened our government one week before.

Why is this historic?

President Trump is now the only U.S. President who has been impeached twice.

First in 2020 for election interference, and now in 2021. He was impeached twice in approximately thirteen months.

Now, we await the impeachment trial of President Trump in the Senate.

Axios PM summed it up well: “The Great American Reset.”

Yesterday, the 46th President of the United States was sworn into office.

The first female Vice President swore in three new Senators, each of whom made history in their own right.

These three new Senators handed control of the United States Senate to Democrats, who also control the House and White House.

As a nation, we collectively held our breathe as these firsts occurred, celebrating their success while understanding America has been tested in ways we never thought.

After the first three Wednesdays of 2021, our democracy has been tested.

Our democracy has won and stands strong.

The Great American Reset has begun.

PrevPreviousWhy Wait Until Inauguration Day?
NextHistory in The HouseNext