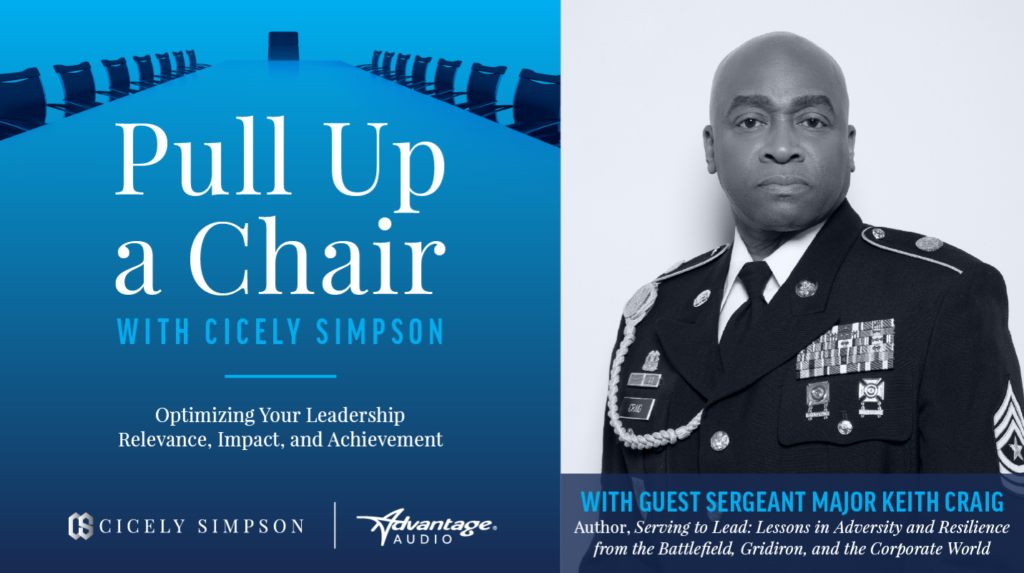 Cicely welcomes her first guest on the podcast, Sergeant Major Keith Craig. The Sergeant Major is a public speaker, entertainment executive, philanthropist, and U.S. Army Veteran. He’s also the author of Serving To Lead: Lessons in Adversity and Resilience from the Battlefield, Gridiron, and the Corporate World. In part one, Sergeant Major shares his journey from homelessness to a decorated career in the U.S. Army, the biggest culture shock he discovered after he left the military, and how he developed his leadership mentality through adversity.

About Keith Craig: Sergeant Major Keith L. Craig is an international best-selling author, who published ‘Serving To Lead’. Sergeant Major is also an Entertainment Executive that worked in Burbank, CA at Walt Disney Studios, managing Central Division theatrical sales and distribution for Walt Disney Studios Motion Pictures. Prior to this, he served 32 years in the U.S. Army, retiring as a Sergeant Major. His time in service took him around the world where he served in 6 combat campaigns, conducted humanitarian and natural disaster operations played professional football, and oversaw the creation of senior enlisted training programs. In addition to his primary duties at Disney, Craig was President of the company’s Diversity Resource Group SALUTE, charged with supporting military veterans employed by the studio, helping them integrate, strengthen and grow their careers and provide a sense of community within the organization.