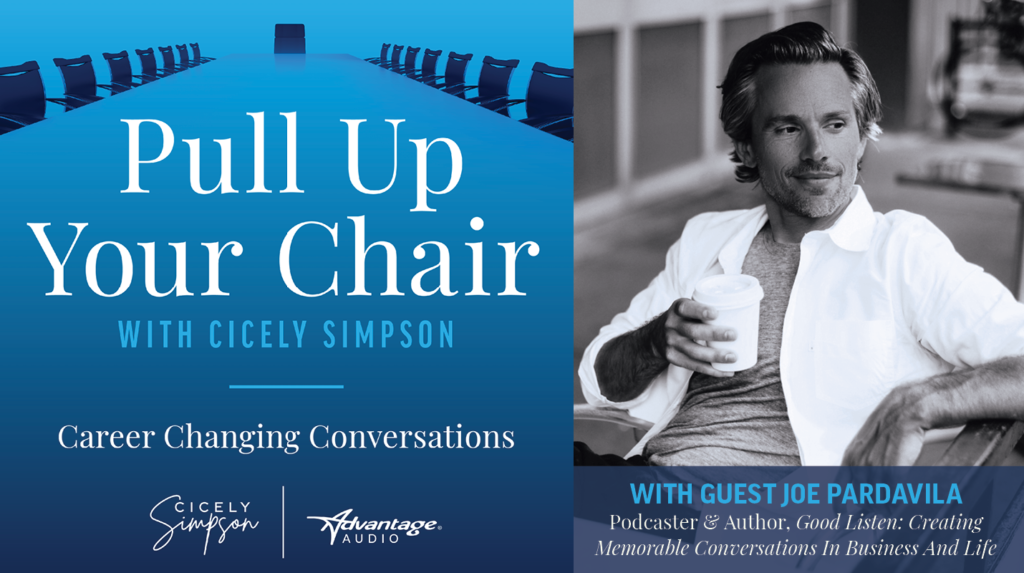 In the conclusion of Cicely’s talk with Joe Pardavila, the author of Good Listen, Joe shares why preparing too many questions is not a good idea and what he learned from his legendary run-in with US Soccer star, Brandi Chastain.

About Joe Pardavila: Joe has produced over ten thousand hours of audio content over the course of his career in podcasting and terrestrial radio. Joe was a radio personality and producer on the legendary New York City radio station, 95.5 PLJ, where he was part of the iconic “Scott & Todd in the Morning”. He studied sketch and improv comedy at the Upright Citizens Brigade and was a founding member and actor in the NewYork-based sketch comedy group, Clip Show. The group performed at the Upright Citizens Brigade Theater and the People’s Improv Theater, and their video sketches were featured on Funny or Die and the Huffington Post. He is the co-director, writer, and producer of the award-winning horror satire, “The Witches of Bushwick”. Currently, he serves as the director of podcasts for Advantage Media Group|Forbes Books.