Episode 13 | Part One: Will Guidara 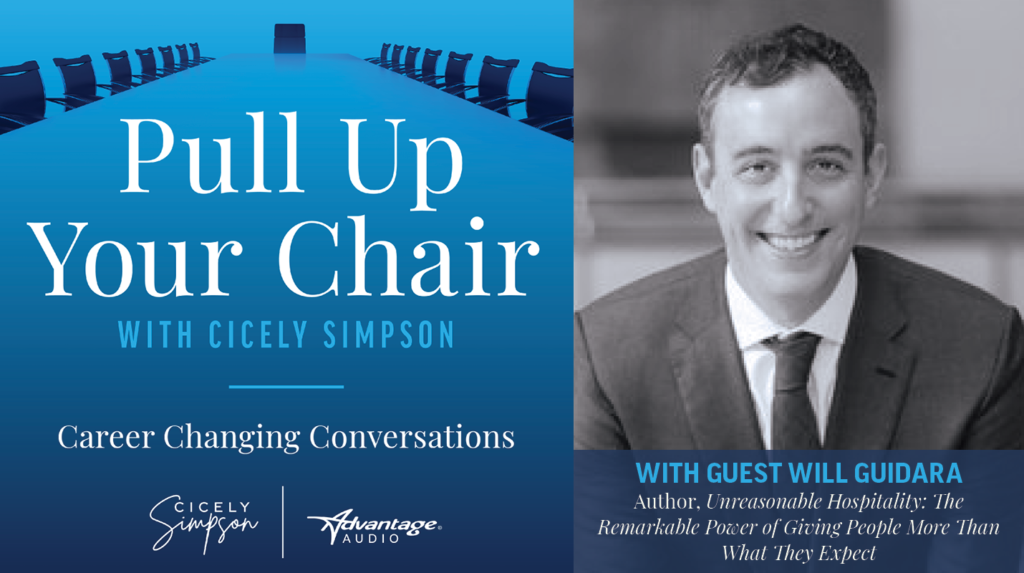 What does it take to build the BEST RESTAURANT IN THE WORLD? Unreasonable hospitality. This week, Cicely is joined by New York City restaurateur and author of Unreasonable Hospitality, Will Guidara. In part one, Will talks about growing up in the restaurant business, the important lessons he learned from his father, and how he helped transform Eleven Madison Park into a global fine dining destination.

About Will Guidara: Will is the former owner of Make it Nice, the hospitality group with restaurants covering the entire spectrum from fine dining to fast casual, including the acclaimed Eleven Madison Park, NoMad in New York, London, Los Angeles and Las Vegas, Davies and Brook at Claridge’s hotel in London, and counter-service restaurant Made Nice.

Through his focus on service and hospitality, Guidara led Eleven Madison Park to its pinnacle, earning numerous industry accolades, including the top spot on The World’s 50 Best Restaurants list, Michelin stars, WSJ Innovator, and various James Beard Awards such as Outstanding Chef, Outstanding Service, and Outstanding Bar. Will is also a co-founder of The Welcome Conference and the Independent Restaurant Coalition. Later this year, Will’s first television show, The Big Brunch, will debut on HBO Max with co-judges Dan Levy and Sohla El-Waylly.