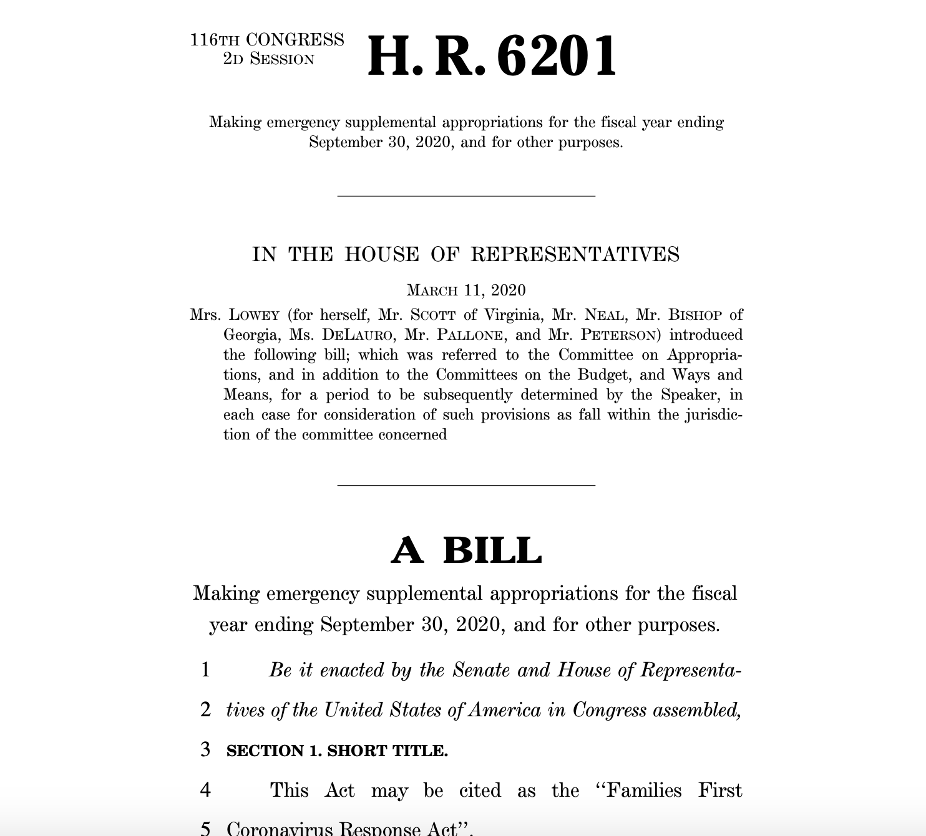 This afternoon, Speaker of the House Nancy Pelosi (D-CA) announced the House would vote on H.R. 6021, the Families First Coronavirus Response Act, regardless of whether Congressional Republicans support the bill.

Treasury Secretary Mnuchin negotiated the bill with the Speaker, but it remains to be seen whether the Secretary or President will intervene to get Congressional Republicans to support the bill.

The provisions of the bill are as follows:

Senate Majority Leader Mitch McConnell (R-KY) is opposed to this bill and believes it is a political messaging bill instead of providing economic relief. Thus, as of now, the Senate will not pass the House bill.

We are waiting to see if the Senate drafts legislation or what steps Leader McConnell will take.

Late this afternoon, President Trump held a press conference to announce he is declaring a national emergency which triggers the Stafford Act.

The White House will release a paper in two hours announcing additional measures.

When asked about the House bill, President Trump said negotiations are ongoing, but the House is “not giving enough”.

Following today’s press conferences, Speaker Pelosi announced a deal with President Trump and Secretary Mnuchin on the bill. They talked right after his speech, and she has spoken to Mnuchin 13 times today.  No word from Senator McConnell yet on whether he will support the bill.

Finally, keep in mind that the additional measures outlined above are in addition to the $8.3 billion funding bill passed by Congress and signed into law by President Trump last week.