The Deal is Never Done Until It’s Done 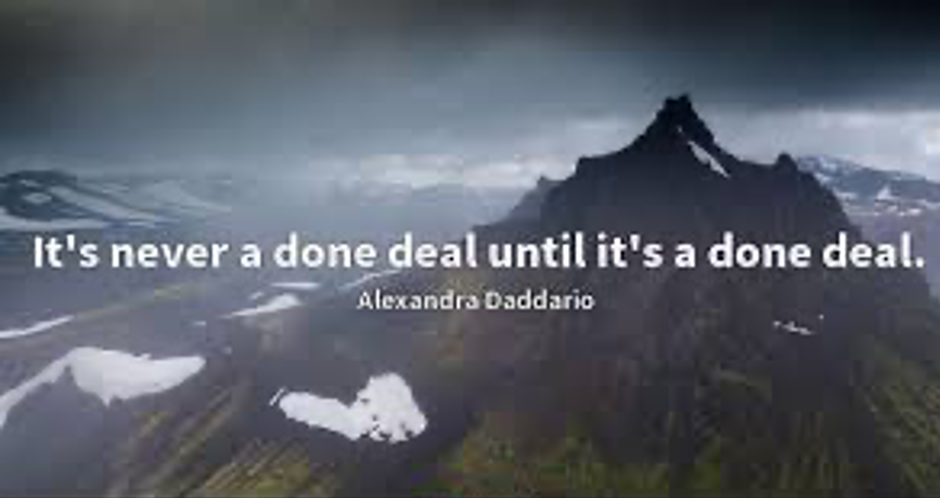 I have to start with a mea culpa.

I’ve been in this town for almost twenty years. Today, I’m reminded of an age-old lesson in Washington – the deal is never done until it is done.

Yesterday’s negotiations did not yield an agreement as we were told late last night. Instead, negotiations have continued today amongst the respective leaders.

The Senate held a vote to proceed (known as a cloture vote) to the legislation released by Leader McConnell S. 3548, The Coronavirus Aid, Relief, and Economic Security Act, the ‘‘CARES Act’’.

The vote failed 47-47 with McConnell taking to the floor yelling about the obstruction by Democrats.

Despite Leader McConnell’s insistence to vote this afternoon, Speaker Pelosi announced earlier there is no bipartisan agreement.

Leader Schumer and Speaker Pelosi are working on a counter proposal to the Senate Republican bill which is largely done being drafted at this point. Speaker Pelosi and Leader Schumer remain united throughout this effort, and the Democratic counter proposal is expected to be comprehensive legislation that speaks to the Democratic priorities that they have jointly reiterated over the past few days.

A tentative timeline has an overview of the Democratic proposal possibly being released tonight, with text potentially coming tomorrow. Of course, everything is fluid.

To date, no decisions have been made regarding next steps for this proposal, bringing members back to DC, or alternatives to in-person voting.

The hope remains that the Senate can reach agreement and begin moving forward on a bipartisan deal over the course of today/tomorrow.

During the question and answer portion of the briefing, the President was asked about his opinion on remote voting. He responded that we could have large number of members affected by the virus, and we might be in a position where it is needed.  President acknowledged that he supports remote voting if it’s needed. The President also explained that his Administration is looking at what to do with nonviolent prisoners and the issues associated with virus in prisons that has been brought to his attention.