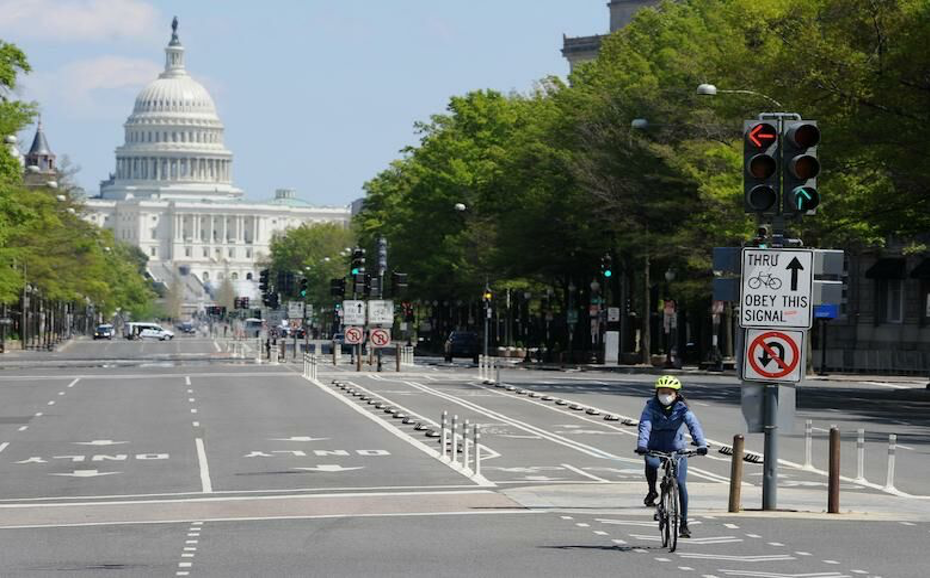 On Monday, the Senate is scheduled to return to Washington, despite Senators expressing concern about their safety. One of the most vocal Senators has been Senator Dianne Feinstein (D-CA). In response to health and safety complaints, Leader McConnell said the Senate would use “proper safeguards” to protect senators from the virus.

Timeline for the House’s Return

Speaker Pelosi reiterated today that the House would not reconvene until the Sergeant-At-Arms and the Capitol Physician say it is safe. While the Capitol could follow a different timeline for reopening, the city of Washington D.C. is expected to remain in lockdown.

A date certain for the House’s return remains an open question.

Republicans and Democrats have laid out their top priorities for the next COVID package, but no compromise has been reached.

As I reported previously, House and Senate Democrats want to include aid to state and local governments in the next stimulus, but Senate Majority Leader Mitch McConnell (R-KY) said he would not agree without liability protections for businesses.

On Sunday, Treasury Secretary Steven Mnuchin told Chris Wallace on “Fox News Sunday”, “I think as we begin to reopen the economy in May and June, you’re going to see the economy really bounce back in July, August, September.”

The debate about when to reopen is a political “hot potato”.

President Trump and his Administration insist we have to reopen America and get back to normal as soon as possible.

Governors, who are making the decisions to reopen, are not so sure.

A key piece of the debate to re-open includes Republican insistence that businesses and employer are protected from liability lawsuits if someone in their store or organization contracts COVID-19.

Certainly, the business community in Washington and around the country is asking Congress and the Administration to shield companies from lawsuits as they reopen.

The President signaled his support for such a measure when he signed an Executive Order forcing meat processing plants to remain open while giving them certain liability protections.

President Trump’s top economic adviser, Larry Kudlow, said businesses need certainty that when they reopen, if employees or customers get sick, the business won’t be hit with lawsuits.

On the Congressional side of the issue, Senate Majority Leader Mitch McConnell (R-KY) has voiced support for limiting liability, which will be a point of leverage in the next COVID-19 legislation to counter Democratic insistence for state and local governments.

House Democrats Working on Plan for State and Local Aid

On Wednesday, House Ways and Means Committee Chairman Richard Neal (D-MA) said House Democrats will reveal their plan within a week for getting aid to state and local governments in COVID #4.

According to Chairman Neal, the plan will include tax-advantaged borrowing programs, such as private activity bonds and Build America Bonds.

In the past, House Republicans on the Ways and Means Committee have supported the use of Build America Bonds to fund infrastructure projects. The contentious nature of these COVID negotiations will test their support for these initiatives.

In a call with Mayors, Chairman Neal discussed the plan while also mentioning his working relationship with Treasury Secretary Steven Mnuchin. Secretary Mnuchin has been instrumental in negotiating the previous COVID aid packages and will remain the Administration’s Chief Negotiator on behalf of the Administration along with White House Chief of Staff Mark Meadows.

Chairman Neal also instructed Mayors to continue pushing for federal investments in infrastructure, as announced by Speaker Pelosi a few days ago.

Senate Majority Leader has pushed back on the idea of including a massive infrastructure package in the next COVID bill citing his concerns about the price tags of these bills that now total trillions of dollars.

The Congressional Black Caucus (CBC) released their priorities for the next COVID package. Their extensive priority list includes requiring a moratorium on consumer and small business credit payments, extending the above-the-line $300 charitable deduction through 2021, and requiring the implementation of a forbearance program for commercial mortgages on rental properties.