How the Pandemic Modernized Congress 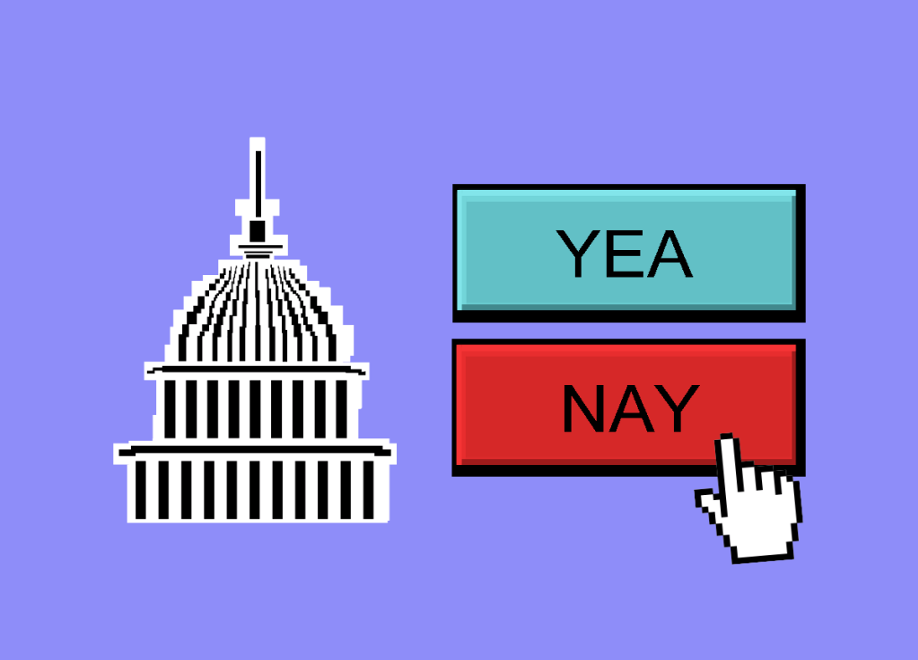 Did you read the title and think, “who cares?”.

Modernizing Congress may not be the sexiest topic, but it is undoubtedly an important one, so please stick with me as I explain why.

Arguably, the federal government is not thought of as being on the cutting edge of technology or even technology-driven, for that matter. Allowing House Floor debates to be televised and agreeing to develop an electronic voting system wasn’t allowed until the 1970s.

I worked in Congress in the early 2000s when having a Blackberry, and being able to answer email on it was a novel concept.

To give credit where credit is due, even before the pandemic hit our country, Congress was contemplating how to modernize its operations for the 21st century.

When the 116th Congress convened in January 2019, the House passed H. Res. 6, which established the Select Committee on the Modernization of Congress. The Committee’s responsibilities included “to investigate, study, make findings, hold public hearings, and develop recommendations to make Congress more effective, efficient, and transparent on behalf of the American people.”

On December 10, 2019, all 12 committee members introduced H. Res. 756, the Moving our Democracy and Congressional Operations Towards Modernization resolution. The resolution incorporates 29 of the 57 recommendations passed by the Select Committee to improve transparency, accessibility, and communication throughout the House.

The recommendations fall into nine categories:

The resolution incorporating some of these recommendations passed the full House on March 10, 2020.

It bears repeating that these bi-partisan efforts started before the pandemic began. Once the pandemic gripped our country, reality set in.

To be clear, Congress has never voted remotely, and perhaps it has never been contemplated, so some amount of skepticism was understandable.

These excerpts from House Majority Leader Steny Hoyer letter’s regarding changing the House rules put the situation in context and perspective:

“As our nation continues to confront the challenge of the COVID-19 pandemic,

the American public must have confidence that their Members of Congress

continue to perform the people’s business. I know that both of your committees have been working hard to identify secure ways to begin allowing remote voting and remote committee work, including markups, hearings, and essential oversight. Beyond implementing the proxy voting as a first step, we ought to use this time as an opportunity to prepare for Congress to be able to work according to its full capabilities even with social and physical distancing guidelines in place….”

“….While there are many challenges, I believe we can overcome those challenges consistent with public transparency and our responsibility to get work done in a timely and effective fashion. Our goal remains reopening the Capitol complex safely, but even after the Capitol has reopened and Members have returned, there will likely still be a need to make accommodations for the Floor and in committees for some time to maintain the necessary social distancing. By having a clear plan in place for how committees can safely conduct hearings and markups virtually, it will be easier to schedule Floor action in a way that protects the safety of Members and staff when we are able to vote in person in the Capitol.

The House must show the American people that we continue to work hard on their behalf – because we already are. Members participate daily in tele-conferences with one another, in virtual meetings with constituents and district leaders, and in video and phone discussions on how best to help state and local officials fight the coronavirus while shaping additional legislation to help workers in our economy. Enabling the House to work remotely, when necessitated by an emergency situation as determined by the Speaker in consultation with the Minority Leader, will make it clear to those we serve that their representatives are doing their part in this crisis. It will also ensure that the House can conduct its oversight of the Administration’s relief efforts properly and fully.”

By mid-May, negotiations between the two leaders did not yield an agreement.

On May 15, the House Democratic majority moved forward with changing the rules to deal with the difficulties presented by the pandemic. H. Res. 965 authorized the following:

These changes are temporary and can only occur during this coronavirus pandemic.

Never before have House members been able to cast their votes while absent from Washington.

If you are wondering how this works, here’s the nitty-gritty:

House Republicans immediately filed a lawsuit in opposition to these rule changes.

According to the New York Times, Judge Rudolph Contreras, of the U.S. District Court for the District of Columbia, ruled that “the House unquestionably has the authority, under the Constitution, to ‘determine the rules of its proceedings.’”

The Judge also opined that legislative work undertaken by Ms. Pelosi and other top Democrats was “immune from suit under the speech or debate clause.”

“Remote voting by proxy is fully consistent with the Constitution and more than a century of legal precedent, including Supreme Court cases, that make clear that the House can determine its own rules,” she said in a statement. “The nation is in the middle of a dangerous pandemic, and the House of Representatives must continue to work.”

Since May, the House of Representatives has been operating according to these rules’ changes.

Meanwhile, the Senate did not change its rules despite concerns about the health and safety of Senators. They’ve continued to vote in person throughout the pandemic. Senators and their staff have contracted the virus, and thankfully, all have recovered.

The bottom line: the precedent has been set, so modernizing the House is no longer a theoretical exercise.

Making historic changes to the way Congress operates during emergencies is no longer a far-fetched idea.